For more information about Bruder, please

For more information about Nulogx, please

TearLab Corporation is commercializing a proprietary in vitro diagnostic tear testing platform, TearLab™, capable of accurately and rapidly measuring biomarkers in tears at the point-of-care, as well as developing TearLab™ Osmolarity, a test intended to measure tear film osmolarity.

For more information about TearLab, please

BrandProtect is the trusted partner in Cyber Threat Detection/Mitigation and Brand Protection for many of the largest corporations in the world.

For more information about BrandProtect, please

MacuHealth with LMZ3 is a patented natural eye health supplement consisting of the three primary protective pigments found in the macula. Taking this one small, easy-to-swallow soft gel once a day has been clinically proven to restore macular pigments to normal levels for enhanced vision and help in the prevention of age-related macular degeneration.

For more information about MacuHealth, please

For more information about CGFI, please Roberto is an experienced technology business leader and operator. He is currently deployed as CEO of Brandprotect, where he engineered the turn-around of the core business from declining revenues to 75% year-over-year growth. He also serves as the CEO of Nulogx, a leading canadian transportation management solutions company and publisher of the Canadian General Freight Index.

Prior to DME Consulting, Roberto served as CEO for SoftQuad Software Ltd., a company he acquired through a management buy-out and subsequently took public both in the U.S. and Canada. Previously, Roberto was president of Carolian Systems, a network management software solutions company. Elias is the Chairman and founder of Greybrook a private equity firm focused on Real Estate and Healthcare.

TLC’s stock, listed on the TSX and NASDAQ since 1996, appreciated to well over $1 Billion during his tenure.

Elias has received many management awards from industry and his peers including.

Sasha is an experienced private equity professional. As the CEO of Greybrook Securities, he directs Greybrook’s capital markets activities across the firm’s focus areas in real estate and healthcare. Sasha has completed over 50 acquisitions throughout the Greybrook portfolio and has been instrumental in expanding Greybrook’s roster of high net worth and institutional clients globally. Operationally, Sasha co-manages Greybrook Realty Partners’ business across both its Asset Management and Capital Markets verticals. His deep understanding of both operations and the capital markets has proven to be invaluable in leading the firm’s evaluation of prospective investments.

As the former CEO of Greybrook Health, Sasha played a critical role in the launch of Greenbrook TMS (TSX: GTMS) and Greybrook’s prior portfolio acquisitions of MacuHealth and Bruder Health Care. He currently serves on the board of Greenbrook TMS, as well as on the boards of a number of Greybrook affiliated companies and the Blu Genes Foundation, a charity dedicated to funding the advancement of the science of gene therapy for the treatment of various genetic disorders.

After receiving a B.A. in Economics from York University in 2000, Sasha went on to play professional hockey for three seasons. Following this, he began his career at TD Securities and CIBC before moving on to start Greybrook Capital with his partners Elias Vamvakas and Peter Politis. 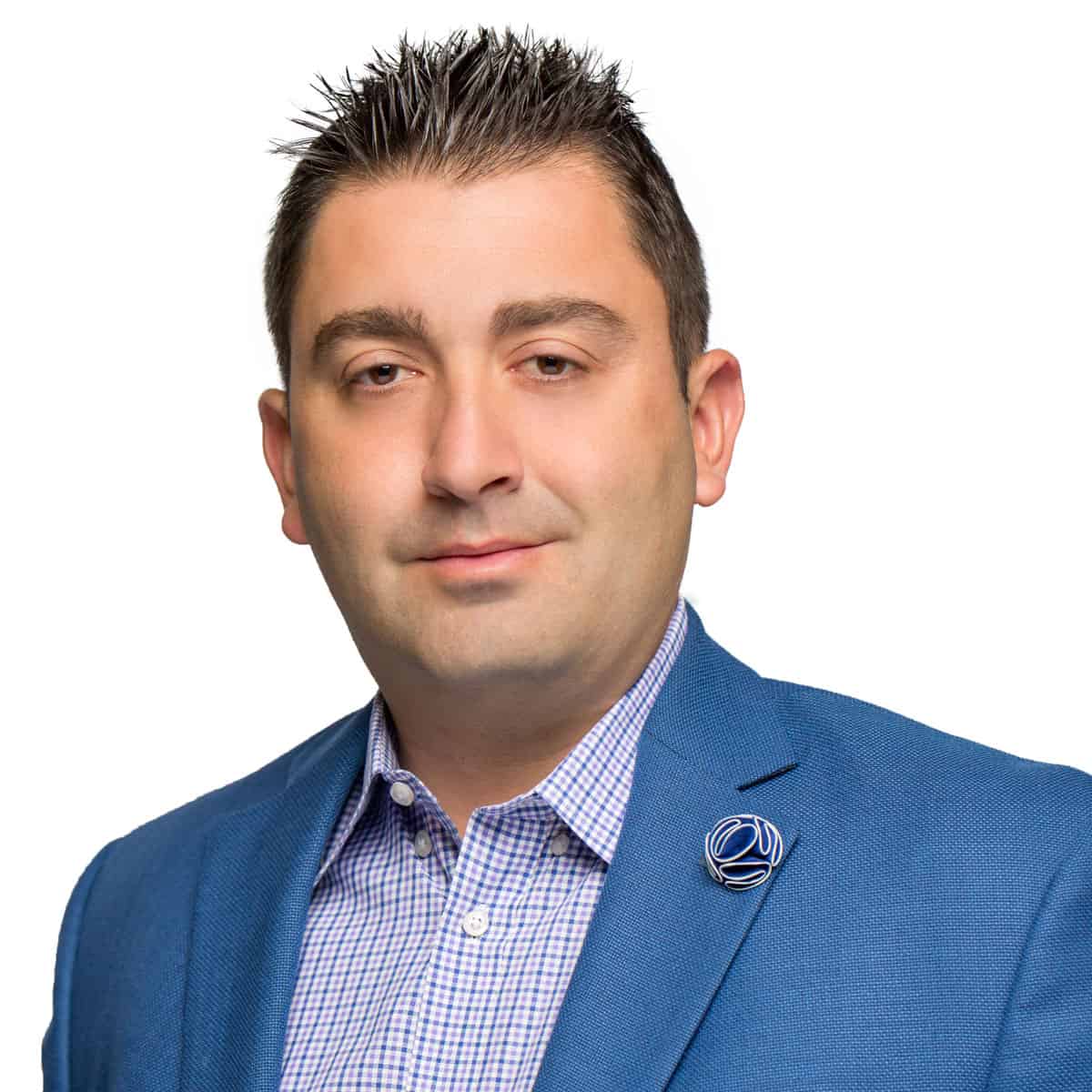 Peter is a partner at Greybrook Capital, a North American private equity firm, and the CEO of Greybrook Realty Partners, a leading real estate asset management firm with over a $1 billion in equity invested in real estate developments across Southern Ontario and South Florida.

He is co-chair of Greybrook Realty’s Investment Committee and leads the firm’s deal origination and asset management practice. In his capacity as CEO, he has been involved in the acquisition of over 50 developments representing 32 million square feet of density and an aggregate completion value of over $14 billion.

Peter also plays a critical role in the success of Greybrook Capital’s portfolio companies, serving on the boards of a number of Greybrook affiliated companies. He also serves on the board of Blu Genes Foundation, a charity funding the advancement of gene therapy sciences for the treatment of various genetic disorders.